Adapted from the Maryland Women's History Archive with the permission of the Montgomery County Commission for Women.

Judge Kathryn Lawlor Shook DuFour was born in Lawrence, Massachusetts in 1910. She was raised in Hollywood, California. In Hollywood, she pursued a career as an actress and played some parts in a few films. Her mother, highly disapproving of her career, persuaded her to give up the movie business and to finish high school. After graduating from Hollywood High School, she married Lawrence Lawlor, a trial attorney with the Veterans Administration.

Due to her husband’s position, Lawlor moved frequently around the country, finally settling in Montgomery County, Maryland, in the early 1930s. In 1933, Lawlor entered Washington College of Law at American University in Washington D.C. “I got tired of waiting for my husband while he was trying federal cases, and went to law school myself,” she explained to a Montgomery County newspaper in 1960. After receiving a degree of J.D. from American University in 1936, Lawlor worked for the Legal Aid Bureau of Washington D.C. Then, she entered private practice, first in Washington and later in Silver Spring, Maryland. Lawlor was admitted to the D.C. bar in 1936, the Maryland bar in 1942, and to practice before the U.S. Supreme Court in 1948. She remained in private practice until 1955.

During those years, Lawlor was involved in the community and gradually became involved in political affairs. She was active in the Chevy-Chase Citizens Committee, where she served as its secretary-treasurer. A registered Republican, she convinced the Republican Party to promote her as a candidate. Lawlor was elected to the Montgomery County Council, serving from 1950 to 1952. She also served as President of the Republican Federation of Montgomery County. In 1953, Lawlor was appointed by the Maryland governor to fill a vacancy in the House of Delegates, where she served for one year.

In 1955 Governor McKeldin appointed her to a vacancy on the Circuit Court bench, and on May 13, 1955, Lawlor was sworn in as the first woman Circuit Court judge in Maryland. Her appointment caused a shock in the law community. One Frederick County lawyer called it a "disaster." The judge that Lawlor had replaced tried to persuade McKeldin to reconsider his appointment because the judiciary was "no place for a woman." "I was a judge who was a woman, not a woman who was a judge," Lawlor later disclosed to a local newspaper in 1985 recollecting the controversy of her appointment. According to Lawlor, the only problem confronting her as a woman on the bench was that people did not know whether to call her "Mrs. or Judge." "I am a judge, the same as a woman doctor is a doctor," Lawlor clarified. In 1956, she was easily elected for a 15-year term. Well known for her opposition to the death penalty, she became the first Maryland judge to publicly take a stand against capital punishment.

After retiring, she became very active in the Roman Catholic Church. In 1979, she met Mother Theresa, and with her husband sponsored her trip to Norway to accept the Nobel Peace Prize that same year. Judge DuFour also became a benefactor of The Catholic University of America. In her honor, the Catholic University law library in 1994 was named the Judge Kathryn J. DuFour Law Library. That same year, she named a full scholarship in memory of her daughter Joan Lawlor Emerson. The scholarship is given each year to a second year female student based on need, as well as academic standing and community service. "It is just so wonderful to hear that I could make a difference, enabling these students with some relief from the financial burden of law school and allowing them to get on with their lives," Lawlor Shook DuFour explained to the Columbus School of Law at The Catholic University of America.

During her career, she received several honors. In 1952, she was the recipient of the Good Government Award from the Bethesda Junior Chamber of Commerce. In 1958, she received the American University Alumni Association Distinguished Recognition Award. The Catholic University of America honored her with the 1999 James Cardinal Gibbons Medal, that is awarded for service to the Roman Catholic Church, The Catholic University of America, and the nation. When Sandra O’Connor was appointed to the U.S. Supreme Court in 1981, she sent a letter to Judge DuFour honoring her breakthrough in the judiciary. "You have helped paved the way all the way from Maryland," the letter stated.

In 2002, Judge Dufour was included in a list of 30 women of historical significance to Montgomery County, Maryland, developed by the Montgomery County Commission for Women, and in 2003, she was inducted into the Maryland Women's Hall of Fame. 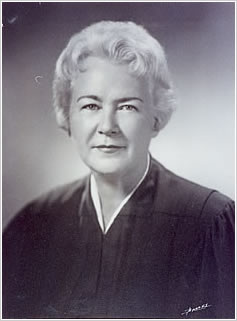 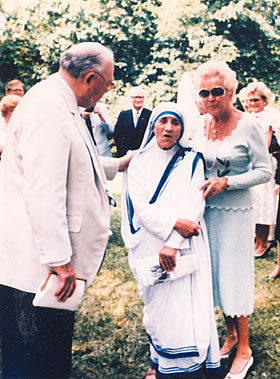 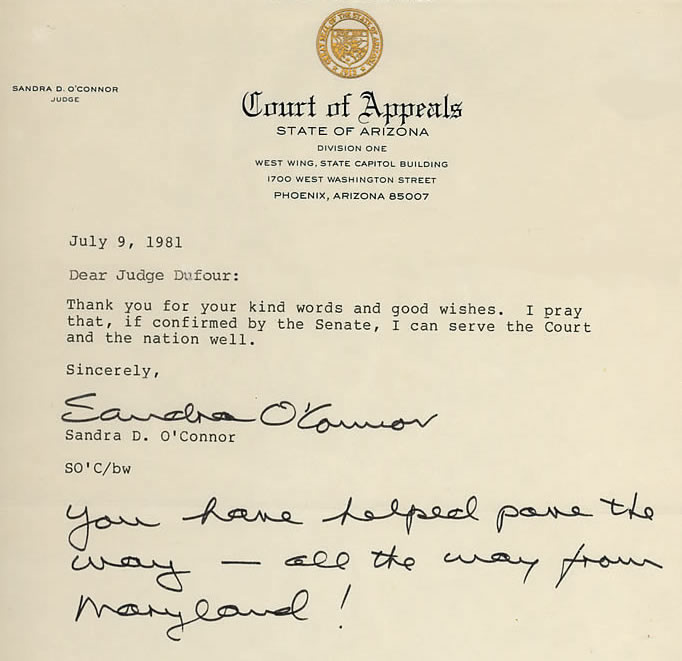