The Black Law Students Association and the DuFour Law Library are celebrating Black History Month by presenting an exhibit entitled African Americans in Times of War: An Exhibit Honoring CUA Law School Veterans. The exhibit features three CUA Law African American veterans, Latena Hazard (3D), Michael Pee (4E), and Jae Terry (2D). By recognizing these three veterans, we hope to give viewers some insight into military service and the sacrifices that servicemembers make. The exhibit is located in the Law Library lobby. 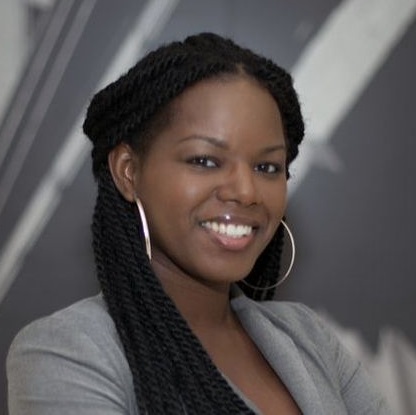 For 3L Latena Hazard, enlisting in the Navy was the path to a better future. Latena was a freshman in high school, thinking about dropping out, when she decided to apply to the Navy Junior Reserve Officers Training Corps. Latena struggled in high school, fighting the unjust stigma that all children in foster care endure. Latena was determined not to be a statistic, but she couldn’t afford college. The Navy provided Latena the chance to escape, as she puts it, “a grim future” with limited opportunities. Upon graduation from high school, Latena enlisted in the Navy where she served on board the U.S.S. Essex (LHD-2) as a Cryptologic Technician Maintenance worker.

Latena served primarily in Sasebo, Japan, which she thoroughly enjoyed. The Navy required her to grow up and learn how to communicate effectively. Active duty also exposed her to second-world countries, bringing her to a realization of how much Americans take for granted. Latena found being a female onboard a ship difficult, with sailors making bets on how long she’d last. Latena coped by reading, serving night duty, and working hard to complete the mandatory Navy Enlisted Warfare Qualifications. In spite of these difficulties, Latena formed strong bonds with many of the sailors onboard the U.S.S. Essex, recalling that they became like family.  Latena remains close to many of the sailors she served with to this day.

Latena left the Navy in 2009 to pursue a bachelor’s degree in legal communications at Howard University, followed by a master’s degree from Columbia University Graduate School of Journalism.  Latena’s experience with lawyers while she was in foster care drove her to pursue a law degree, something she has wanted to do since childhood. Latena knows firsthand how important good attorneys are to children in foster care and her long-term goal is to work in the field of adoption and foster care policy. But she’s not done serving just yet. The pull of the Navy compelled Latena to re-enlist in the Navy Reserve in 2016 and apply for JAG after completing her first year of law school. Latena will sit for the bar in July and then attend the five-week Navy Officer Development School in Rhode Island. After a ten-week Basic Lawyer Course at Naval Justice School, Latena will report to her first duty station.

Latena credits her family with making her the person she is today. Her most memorable moment from her time on active duty was coming home and seeing her family after a separation of nearly two years. Latena feels that people don’t always receive recognition for their accomplishments and she hopes her participation in this exhibit inspires viewers to look beyond the surface and see what can be accomplished through determination and hard work.

Currently, Latena serves as the National Parliamentarian for the National Black Law Students Association (2017 – 2018) and the Vice President of CUA’s Black Law Students Association (2017 – 2018). The Catholic University Journal of Law and Technology recently published her article, “Is Your Health Data Really Private? The Need to Update HIPAA Regulations to Incorporate Third-Party and Non-Covered Entities,” 25 Cath. U. J. L. & Tech (2017). She also serves as the social chair for her graduate chapter, Beta Zeta, for her sorority Zeta Phi Beta Sorority, Inc.

Growing up in Washington, DC, Michael Pee (4E) wanted to be a lawyer or an astronaut. But the challenge of the Marine Corps (not to mention the cool uniform) compelled him to join the Marine Corps Reserve upon his high school graduation. In 1995, Michael transferred to the Army for a full-time career in military intelligence. Michael’s desire to stay in the field of intelligence led him to pursue a career as a Warrant Officer, a rank that enabled him to stay in his chosen field.

Of Michael’s many deployments, Denver and South Korea stand out as particular favorites. Michael observes that you must have a nexus of location, mission, and the right people in order to have a successful deployment. If just one of those elements is missing, the entire experience is affected. The most memorable moment during deployment for Michael, a dedicated dad, was the birth of his son during his first deployment to England. South Korea was a highlight because it was later in his career and thus Michael was able to enjoy it more. Of his many accomplishments, Michael’s most satisfying achievement was the instance in which, for the first time in his career, a superior took immediate action based on Michael’s work.

In 2005, Michael deployed to Mosul in support of Operation Iraqi Freedom. The mission was short-staffed, so Michael performed combat patrols in addition to his duties on a Cryptologic Support Team. This deployment was especially difficult for Michael and his family; there was fear on all sides. Michael observes that while the fear never subsides, service members become numb to the dangers of the deployment. Michael also spent time in Afghanistan as an Operations Officer for SIGINT Special Mission Teams. Michael had a team for this deployment and thus was better able to support the mission.

In 2012, after seventeen years and countless deployments, Michael felt it was time to stay in one place and focus on his family.  He moved back to the Washington area but boredom set in. After a lifetime on the move, Michael was afraid to stop. The feeling was overwhelming and he knew he needed to find a new challenge. The long-ago dream of becoming an attorney resurfaced and Michael decided to retire from the Army and enter law school.

Michael finds law school rigorous, but in a much different way from the Army. The strict order of the Army can be a drawback in law school, where you have to think in the abstract. Even so, Michael believes his military background and life experience have helped him over the last three-plus years. Drawing on his military background, Michael hopes to seek employment in a Department of Defense general counsel office or in the legal offices of a United States defense contractor. Michael would like viewers of this exhibit to know that you’re never too old to realize a life-long dream. 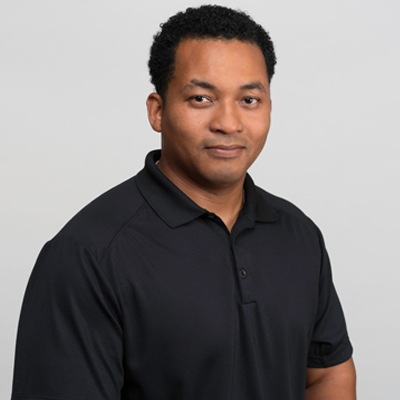 The theme, designated by the Association for the Study of African American Life and History (ASALH), commemorates the centennial of the end of the First World War in 1918, and “provides a broad, useful framework for focusing on the roles of African Americans in every American war, from the Revolutionary War Era to that of the present War against Terrorism.” Please visit the link below for more information on this year’s theme. 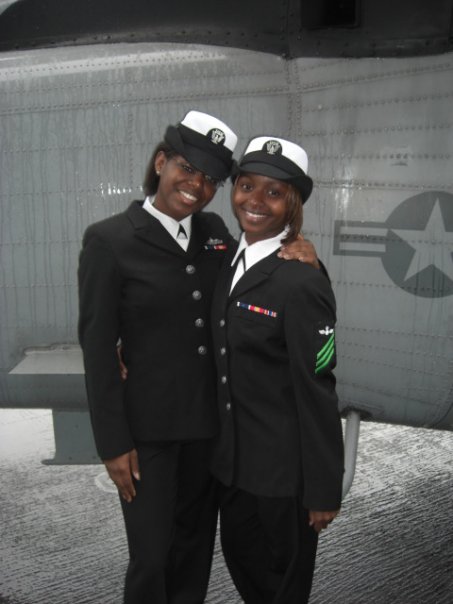 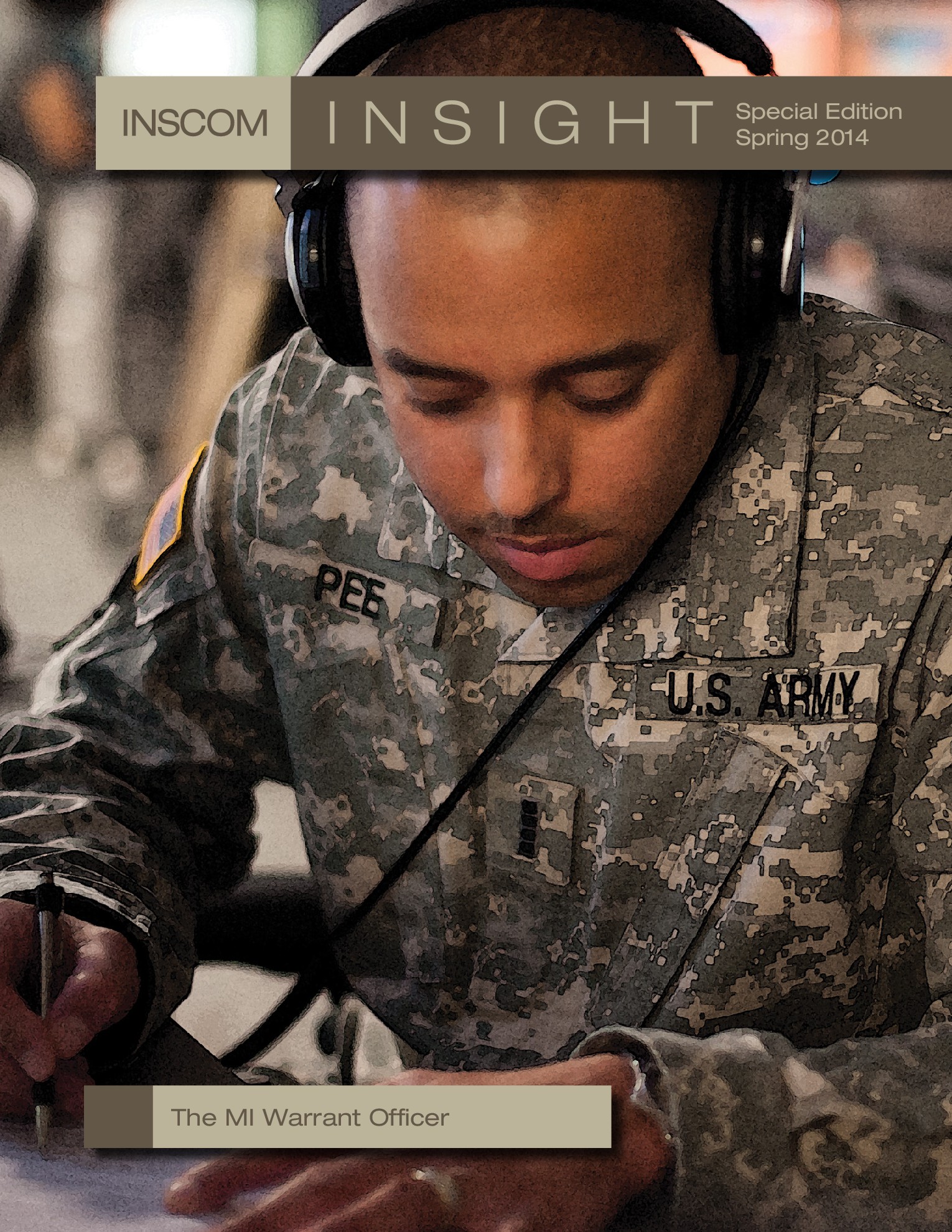 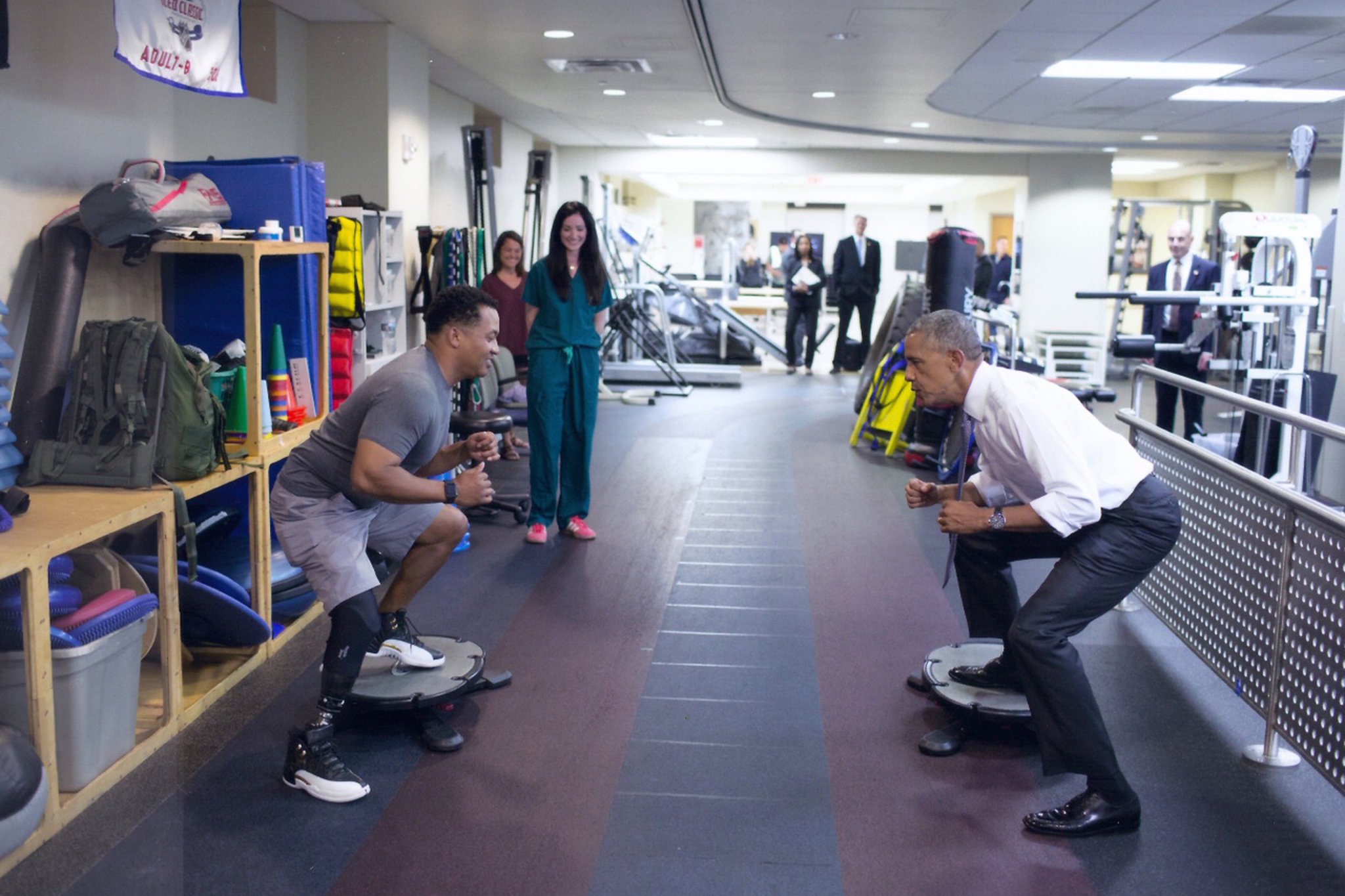 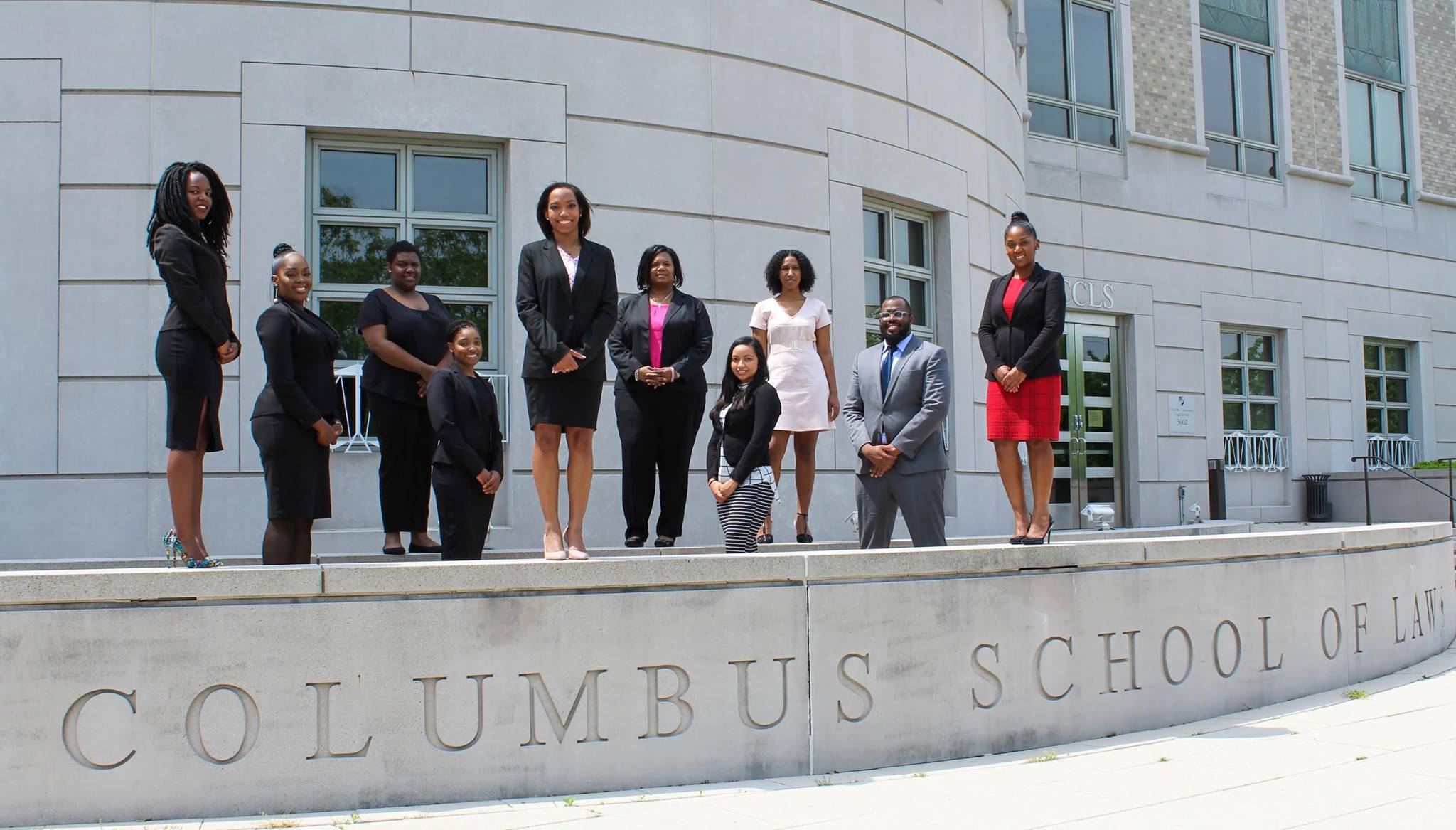 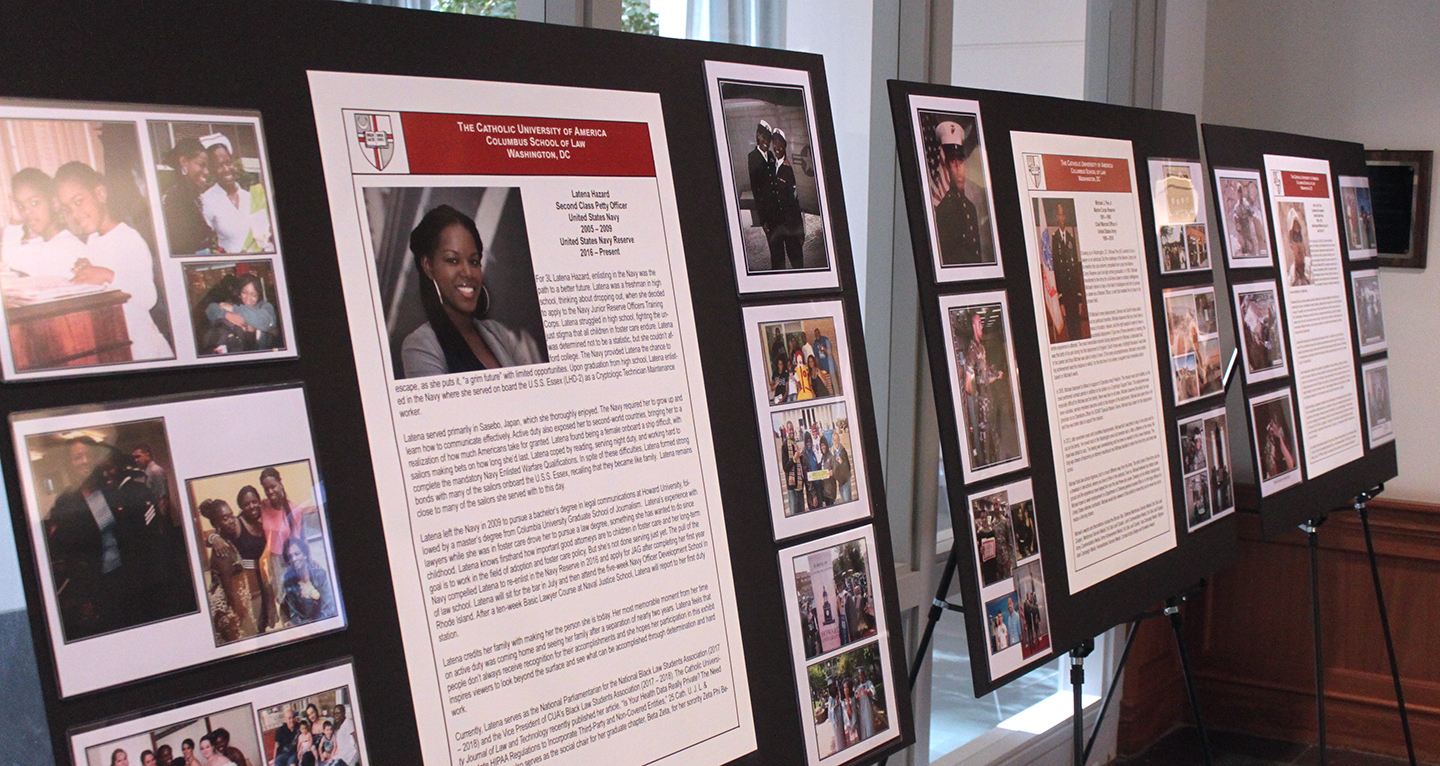 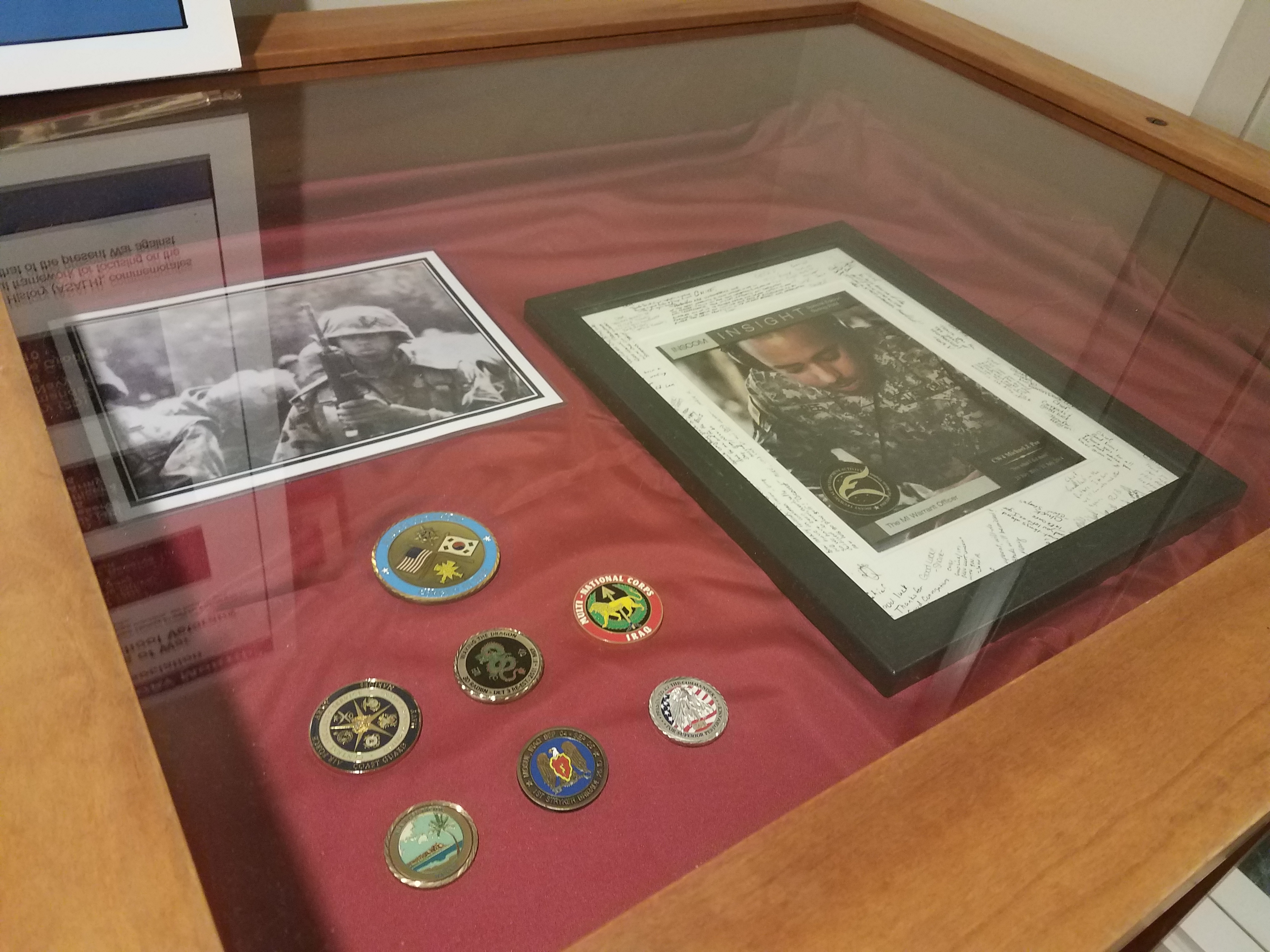 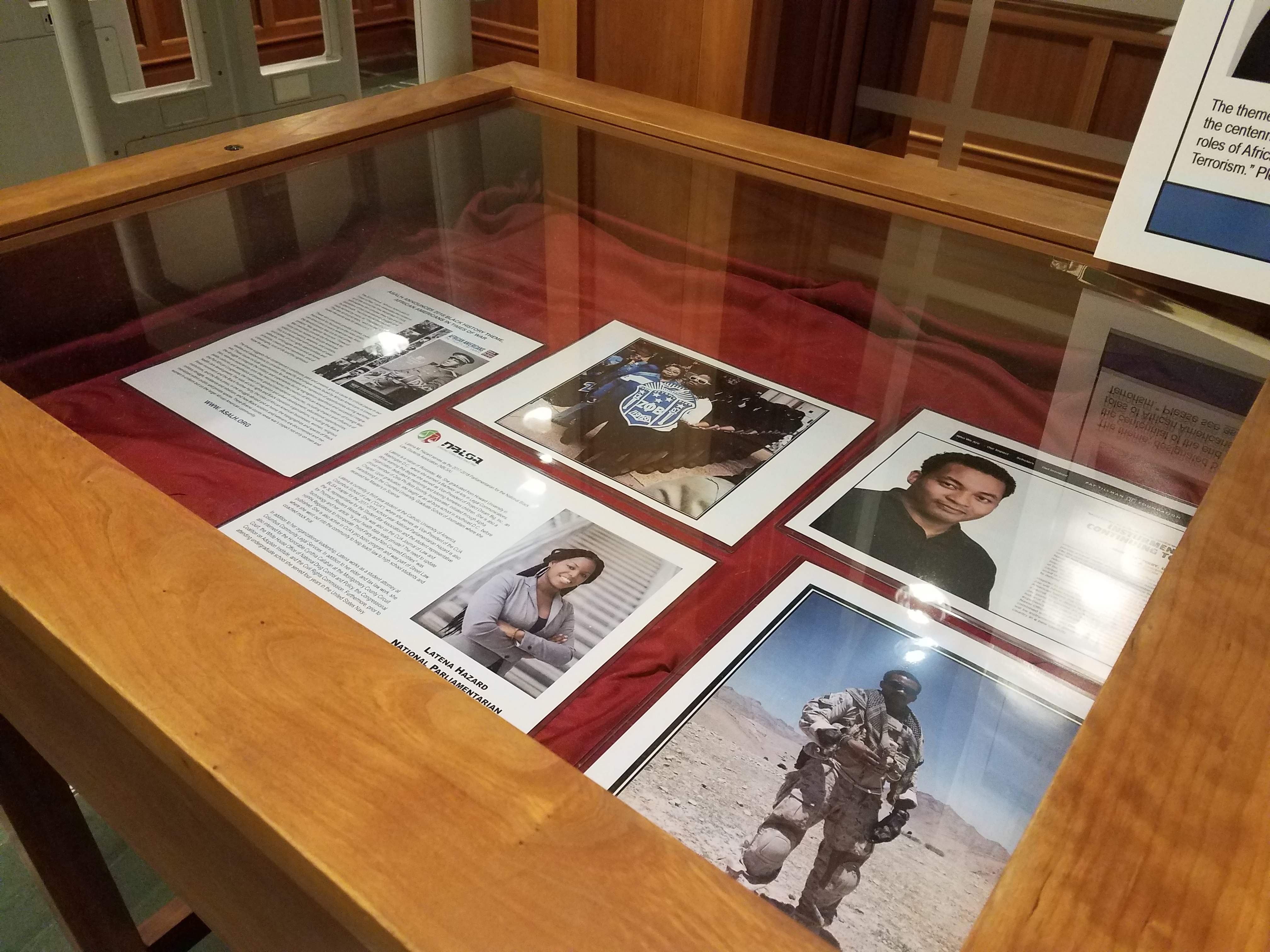