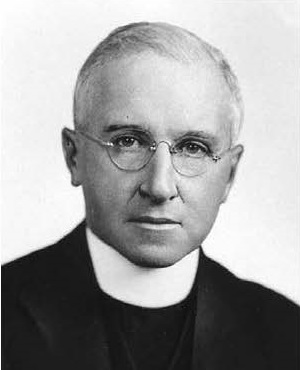 Soon after his appointment in 1937, Dean Robert J. White began implementing a number of initiatives designed to enrich both the education and the lives of CUA Law students. Social evenings, lectures, seminars, and appellate competitions were introduced to ensure that “lawyers of the future [would] know not only the technique of legal practice, but have a knowledge of history, and possess a basic philosophy of life.” Believing that students needed to meet “leaders in American life,” Dean White solicited leading writers, legal scholars, government officials, senators, and justices to judge appellate competitions, lecture, and attend events. Thus began what has become a long-standing relationship with the Supreme Court of the United States.

The DuFour Law Library celebrated the 2017 Alumni Reunion Weekend by curating an exhibit honoring CUA Law School’s rich history with the Supreme Court. This history has included the appointment of alumni to various positions in the Court, including the first female African-American clerk to serve in the Supreme Court, the former Deputy Chief Clerk of the Court, and the current Reporter of Decisions of the Supreme Court. The Law Library’s exhibit featured documents, artifacts, and photographs highlighting the extraordinary relationship that CUA Law has developed with the nation’s highest court. In conjunction with the exhibit, the Law Library hosted an informal talk with Christine Luchok Fallon '77, Reporter of Decisions of the Supreme Court. 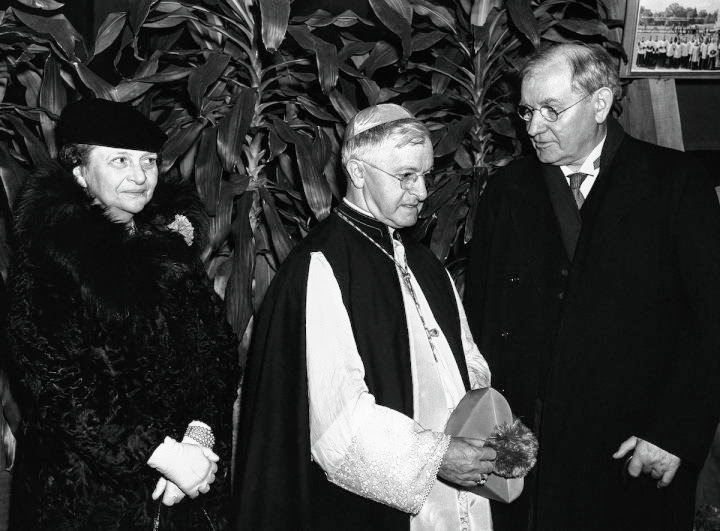 The tradition of the annual Red Mass was initiated in Washington, DC by the Very Rev. Robert J. White, Dean of The Catholic University of America from 1937 to 1948. Impressed by celebrations of the Red Mass which he had attended in New York, Dean White proposed that the Catholic University Law School inaugurate the annual Red Mass as part of the University’s Golden Jubilee celebration in 1939. Dean White’s proposal was met with skepticism by some faculty members, who feared that the Law School could not compete with other Sunday services, particularly given the distance of the Shrine from downtown Washington. Dean White planned every detail of the Mass with great care, paying particular attention to the selection of celebrants, all of whom were bishops or archbishops. The Mass, held January 8, 1939 at the National Shrine of the Immaculate Conception on the Catholic University of America campus, was a resounding success. Among the attendees were Supreme Court justices, members of Congress, foreign diplomats, and top government officials. The Red Mass was held annually at the Shrine until 1952. In 1953, at the request of Archbishop O’Boyle, the Red Mass moved to the Cathedral of St. Matthew the Apostle, under the sponsorship of the John Carroll Society.

The custom of the Red Mass originated in Europe in the thirteenth century. Typically celebrated at the beginning of the judicial year, the Red Mass is so-named because it petitions the aid of the Holy Spirit, which is symbolized by red flames of fire. Celebrants wear red vestments and attending justices wear scarlet robes. The Red Mass has also been traditionally identified with the opening of the Sacred Roman Rota, the supreme judicial body of the Catholic Church.

Christine Luchok Fallon is the 16th Reporter of Decisions of the Supreme Court of the United States, and the first woman to hold the position. Prior to her appointment, Ms. Fallon served as Deputy Reporter of Decisions for twenty-two years, writing syllabuses and editing the opinions of the Court for release and publication in the United States Reports.

From 1982-1989, Ms. Fallon served as a legal editor at the Research Institute of America in Washington, D.C., where she supervised an editorial staff of seven attorneys, writing, revising, and supplementing loose-leaf employment law publications.  Prior to that, she practiced law in Pittsburgh, Pennsylvania, and Tallahassee, Florida.  Ms. Fallon has been active in the Association of Reporters of Judicial Decisions, serving as president, vice president, and secretary.  She also chaired and served on the Association's Education and Honors Committees.

“Before any argued decision by the Court is released to the public and the press, Ms. Fallon has performed the exquisitely delicate task of writing a summary of the ruling, and doing it in a way that (1) gets it right, (2) does not leave out anything really critical, and (3), most important, is acceptable to the author whose flowing (or plodding) prose she has turned into plain English.” 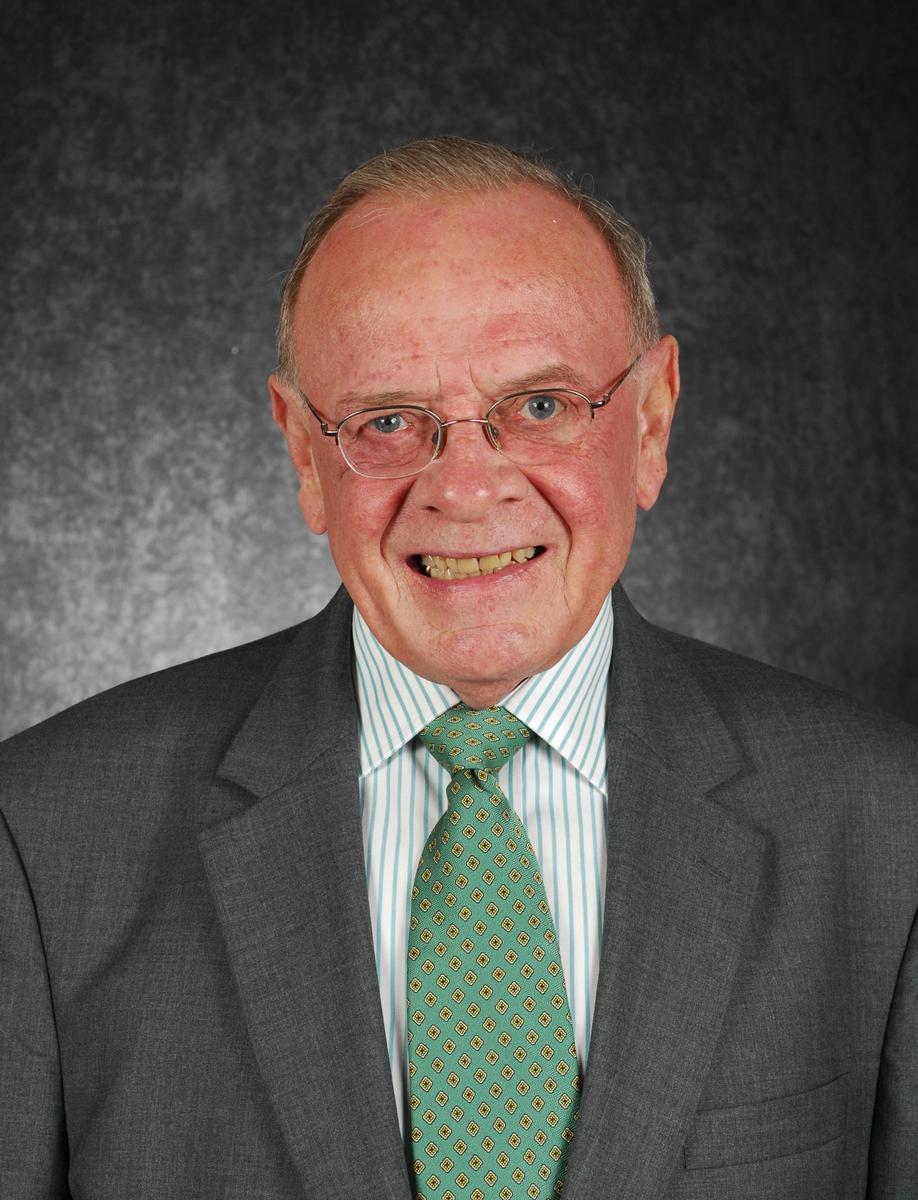 Francis (Frank) J. Lorson, a native of Rochester, New York, initially attended Catholic University as an undergraduate (1961-1966) where he obtained a B.A. in American History. In 1968 Mr. Lorson entered CUA Law. In law school Frank was elected to the Moot Court board and won a commendation for appellate argument. He was chancellor of the Appellate Moot Court program from 1970 to 1971, and was director of the Sutherland Cup Appellate Moot Court Competition in 1970 and 1971 (now the Seigenthaler-Sutherland Cup National First Amendment Moot Court Competition). In addition, Frank was named coordinator for the National Moot Court Competition in 1970. Frank graduated from CUA Law in 1971. Frank’s connection to CUA Law continued in later life as he became a longtime member of the Law School’s Board of Visitors.

Following graduation from CUA Law, Frank Lorson joined the staff of the Supreme Court of the United States in January 1972 when he was appointed Assistant Clerk of the Court. He held this position at the Court until April of 1974 when he was promoted to Deputy Clerk. In January 1981 Chief Justice Warren E. Burger announced the appointment of Frank to the position of Chief Deputy Clerk of the Supreme Court, a position he held throughout the rest of his tenure at the Court. Frank retired from the Court on September 1, 2002 after more than 30 years of service.

In the mid 1990’s Frank Lorson applied his extensive knowledge and expertise of court administration to the court systems of the former eastern bloc counties. Working with groups such as the ABA’s Central European and Eurasian Law Institute (CEELI), now known as the Rule of Law Initiative (ROLI), Frank visited a number of countries including the Russian Federation, Slovenia, Ukraine, Latvia, Georgia and Azerbaijan.

Frank Lorson passed away on January 11, 2013, at the age of 69. The Columbus School of Law was among the chief beneficiaries of the estate left by Frank. The extensive collection of his papers was divided between the Supreme Court Historical Society and the Kathryn J. DuFour Law Library at CUA Law. The papers at CUA have been indexed by the Library staff and are available to researchers  upon request. 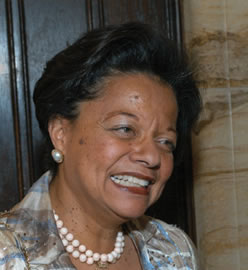 Karen Hastie Williams was born on September 30, 1944 in Washington, D.C. to Beryl and William H. Hastie, Jr. Her father was the first African American Governor of the U.S. Virgin Islands. In 1949, he was appointed to the Third United States Circuit Court of Appeals, where he would serve for twenty-one years. Judge William H. Hastie, along with Charles Hamilton Houston, Thurgood Marshall, and others worked on the cases that led to the 1954 Brown v. Board of Education decision. 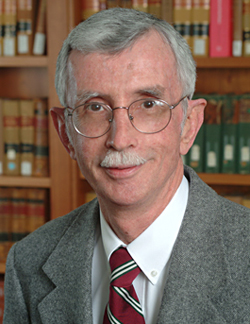 Professor Margeton earned his A.B. degree from Mount Saint Mary's College, Emmitsburg, Maryland, in 1967, his J.D. degree from George Washington University in 1970, and his master's degree in library science from The Catholic University of America in 1973. After serving for two years (1970-1972) as assistant reference librarian in the American-British Law Library Reading Room of the Library of Congress, he joined the firm of Steptoe & Johnson as their first full-time law librarian from 1972 through 1985.

In 1985, Professor Margeton was appointed Librarian of the Supreme Court of the United States, where he also served as a statutory officer of the court until 1988. He served as the director of the Judge Kathryn J. DuFour Law Library of the Columbus School of Law from 1988-2013.

Professor Margeton has been active over the years in the American Association of Law Libraries, working on various committees, as well as serving as its representative to the U.S. Congress Joint Committee on Printing (1983-1994). He is also a member of the Law Librarians Society of Washington, D.C. and was president of the society from 1996-1997.

Professor Margeton is the author of Designing Law and Other Academic Libraries: Building upon Change, now in its third edition, and widely considered the definitive text on the design of academic law libraries. 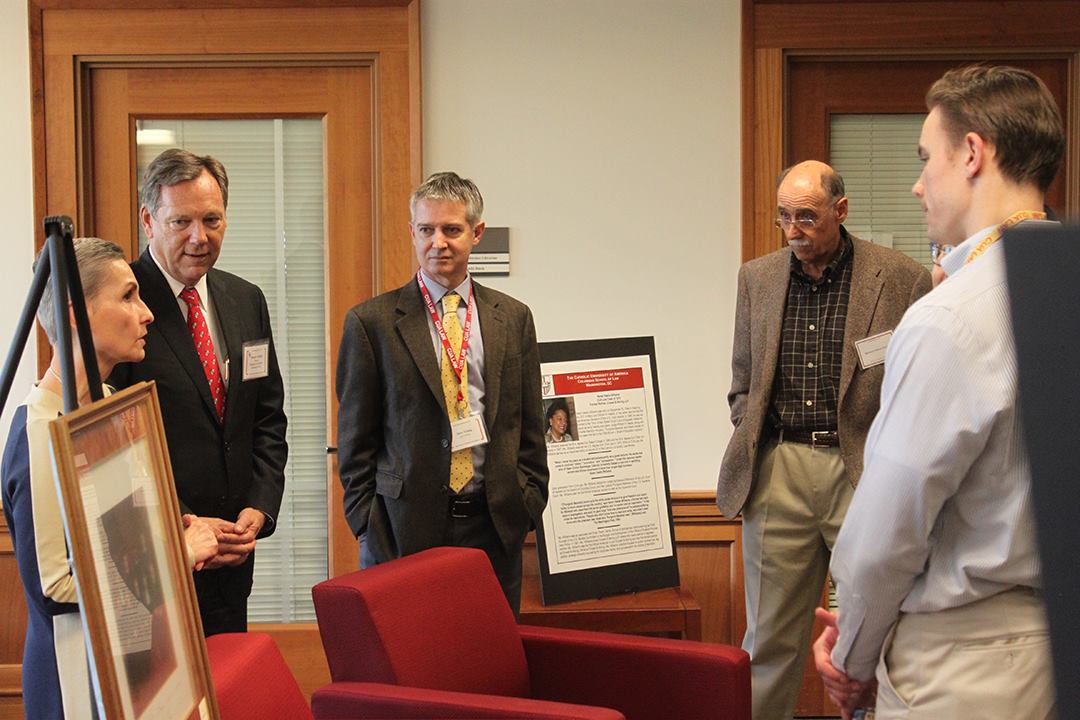 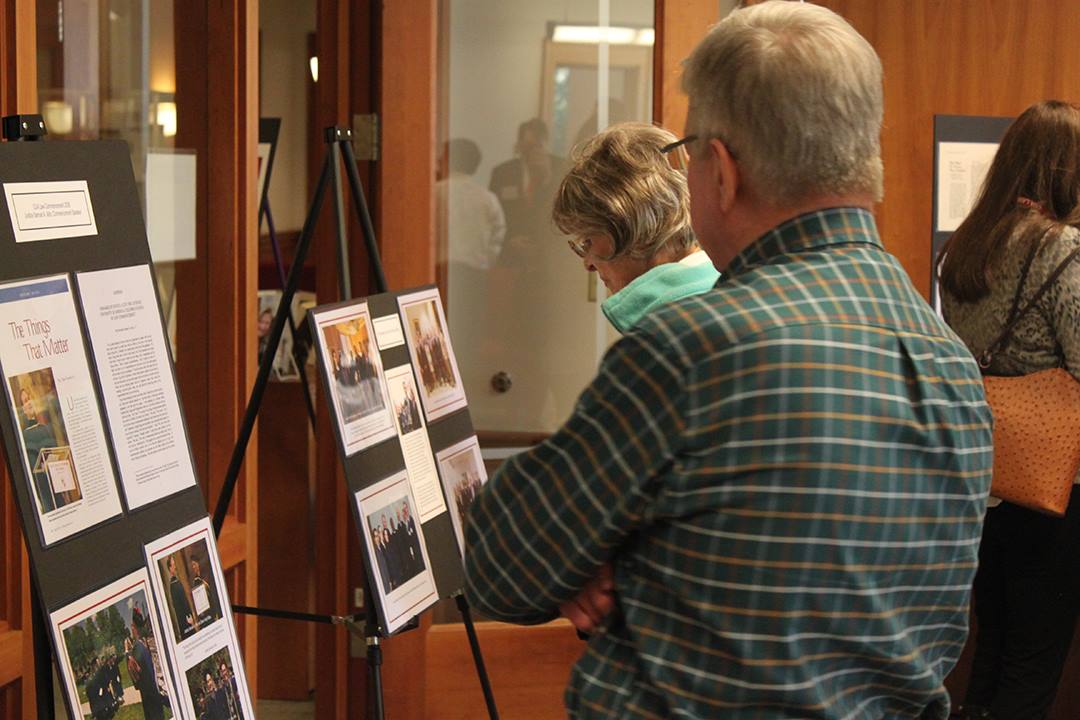 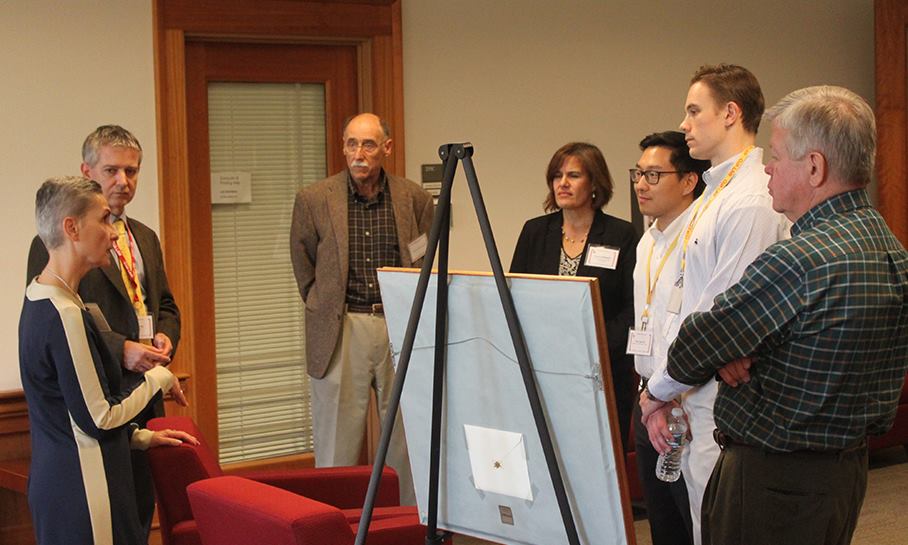 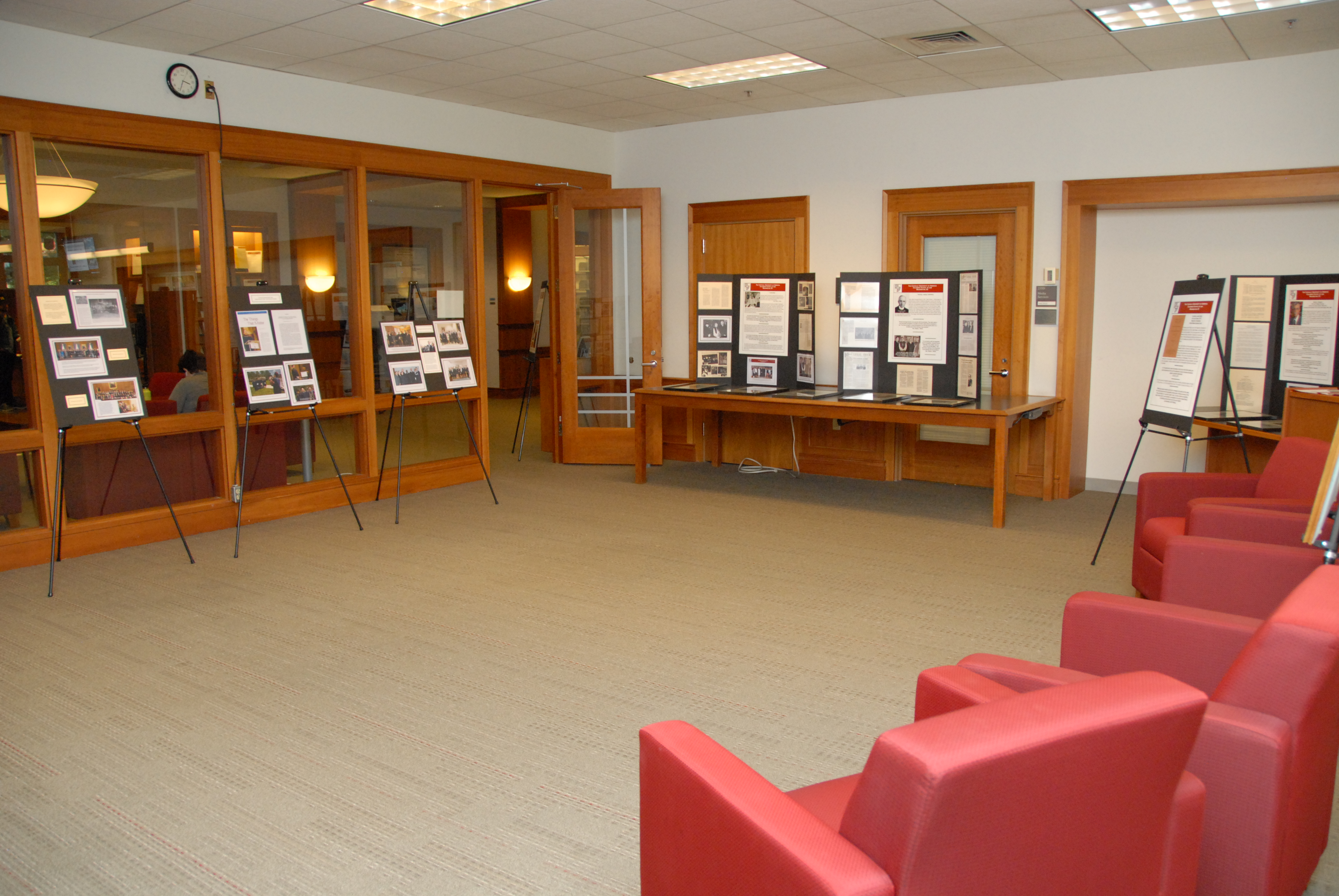 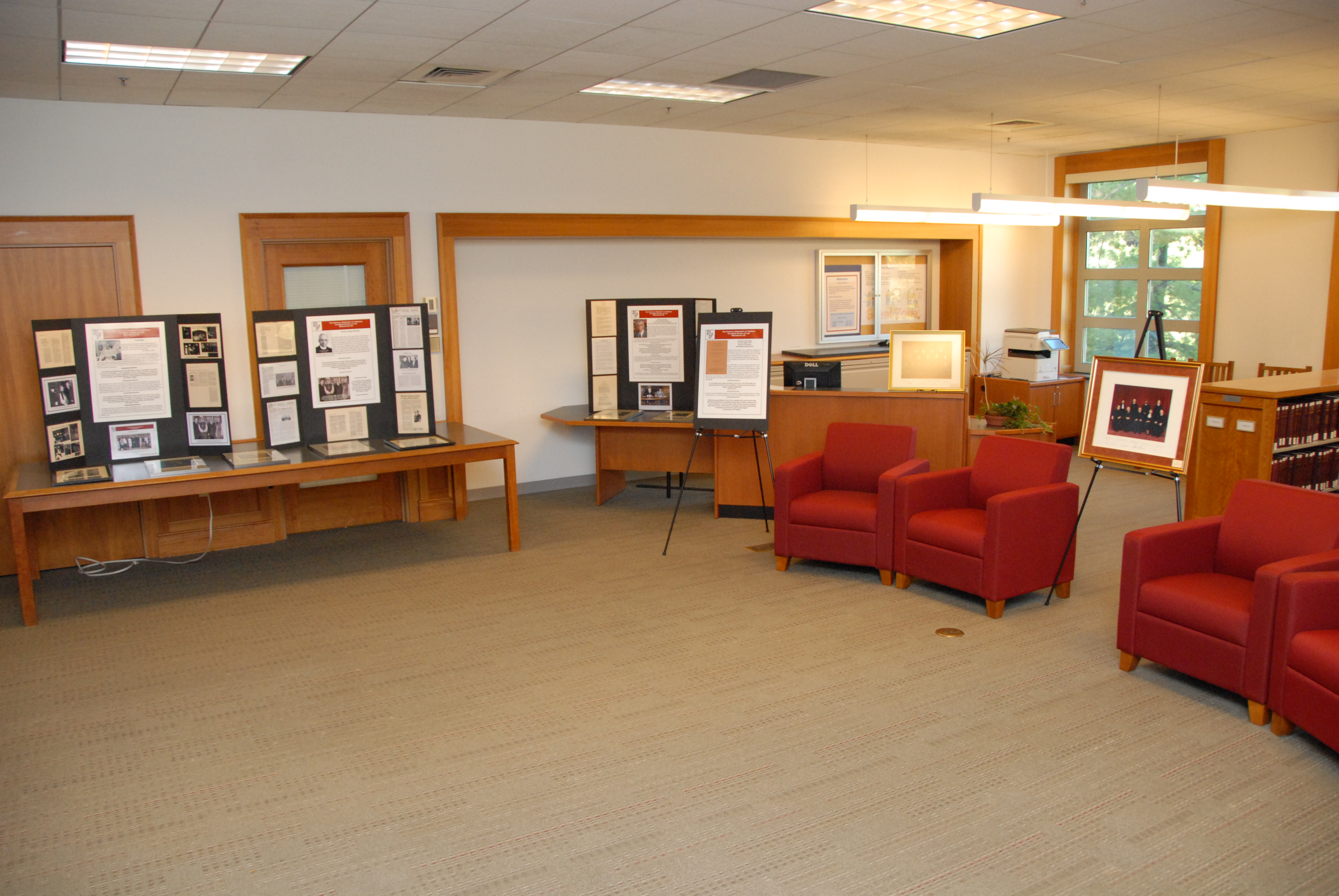 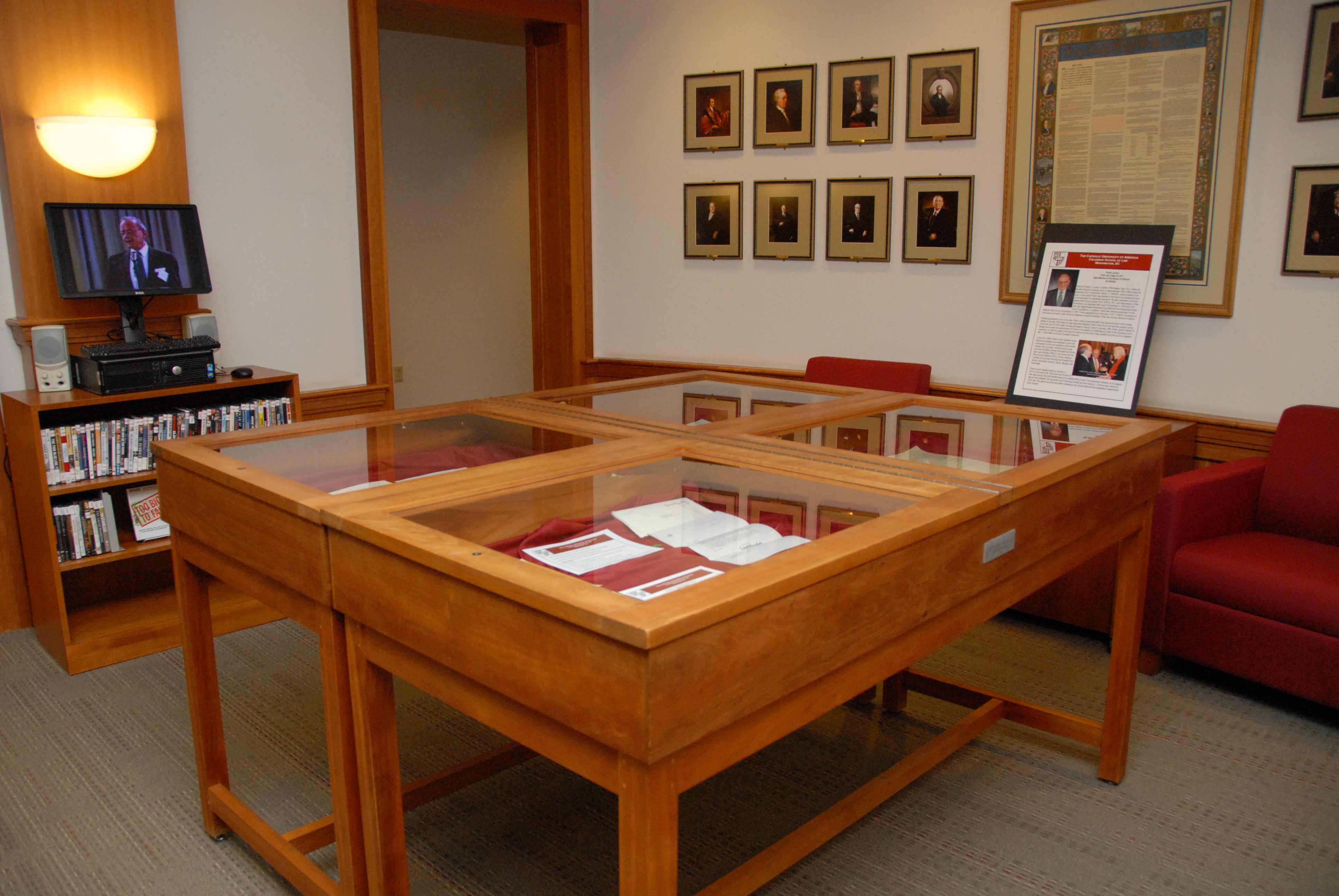 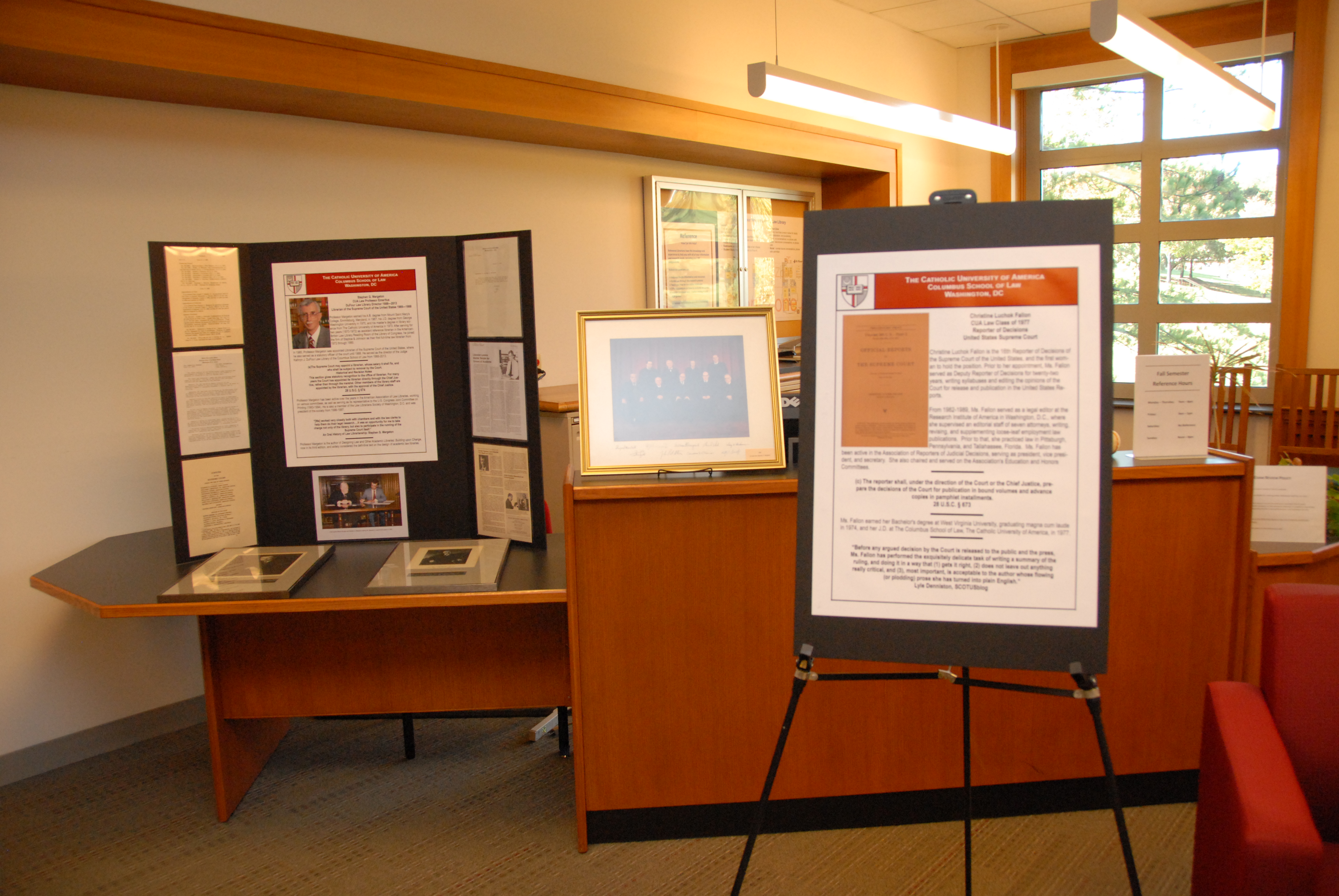 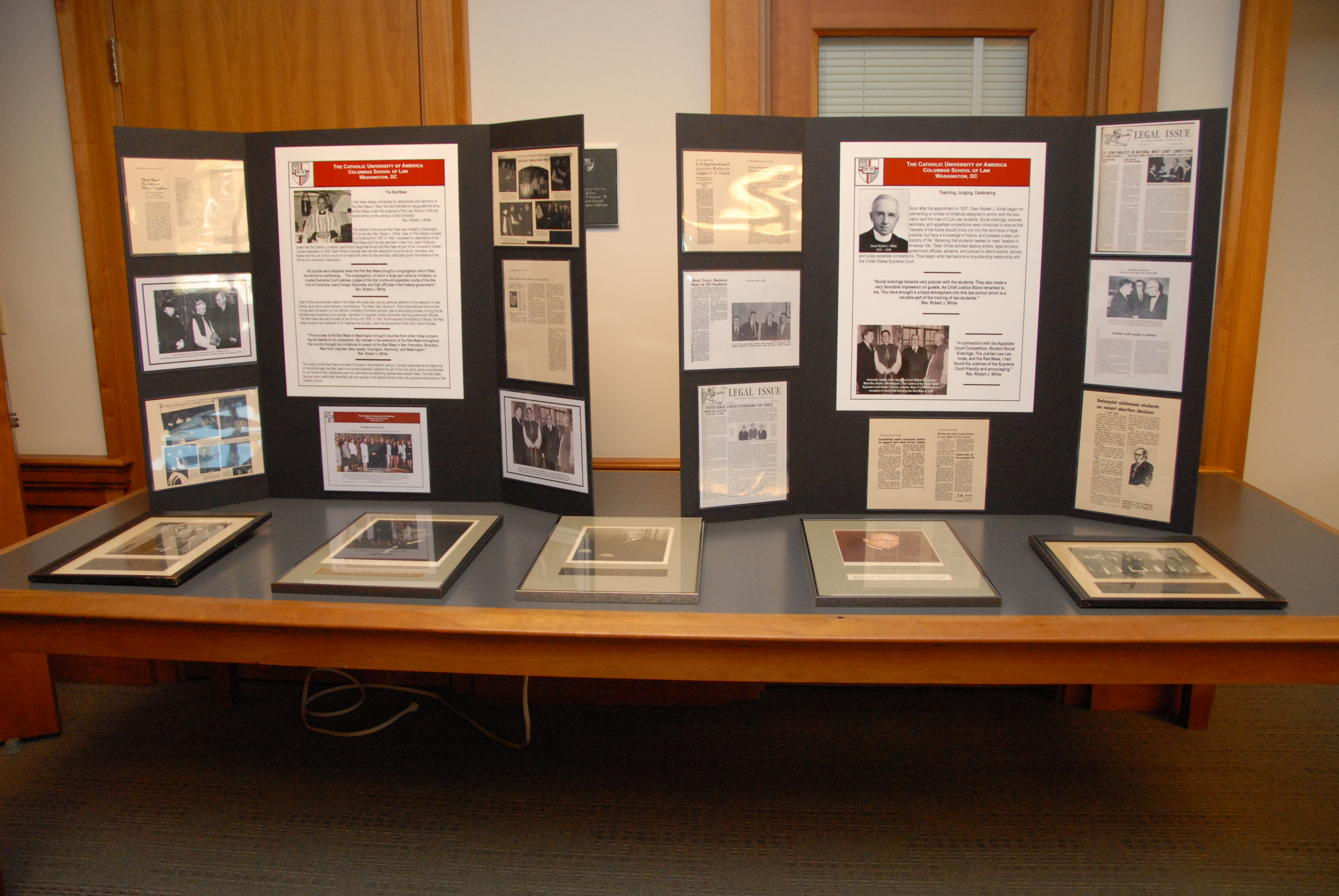 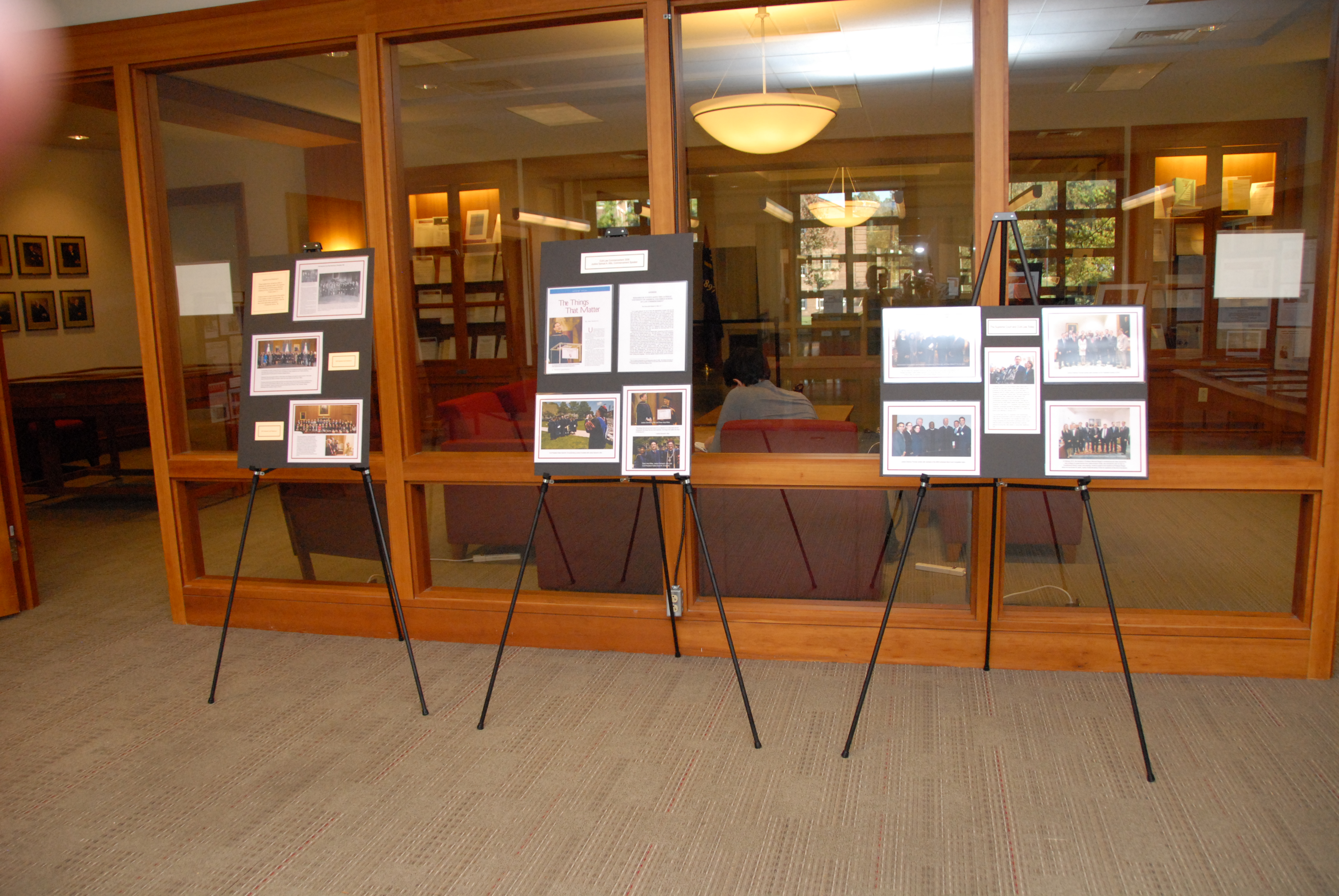 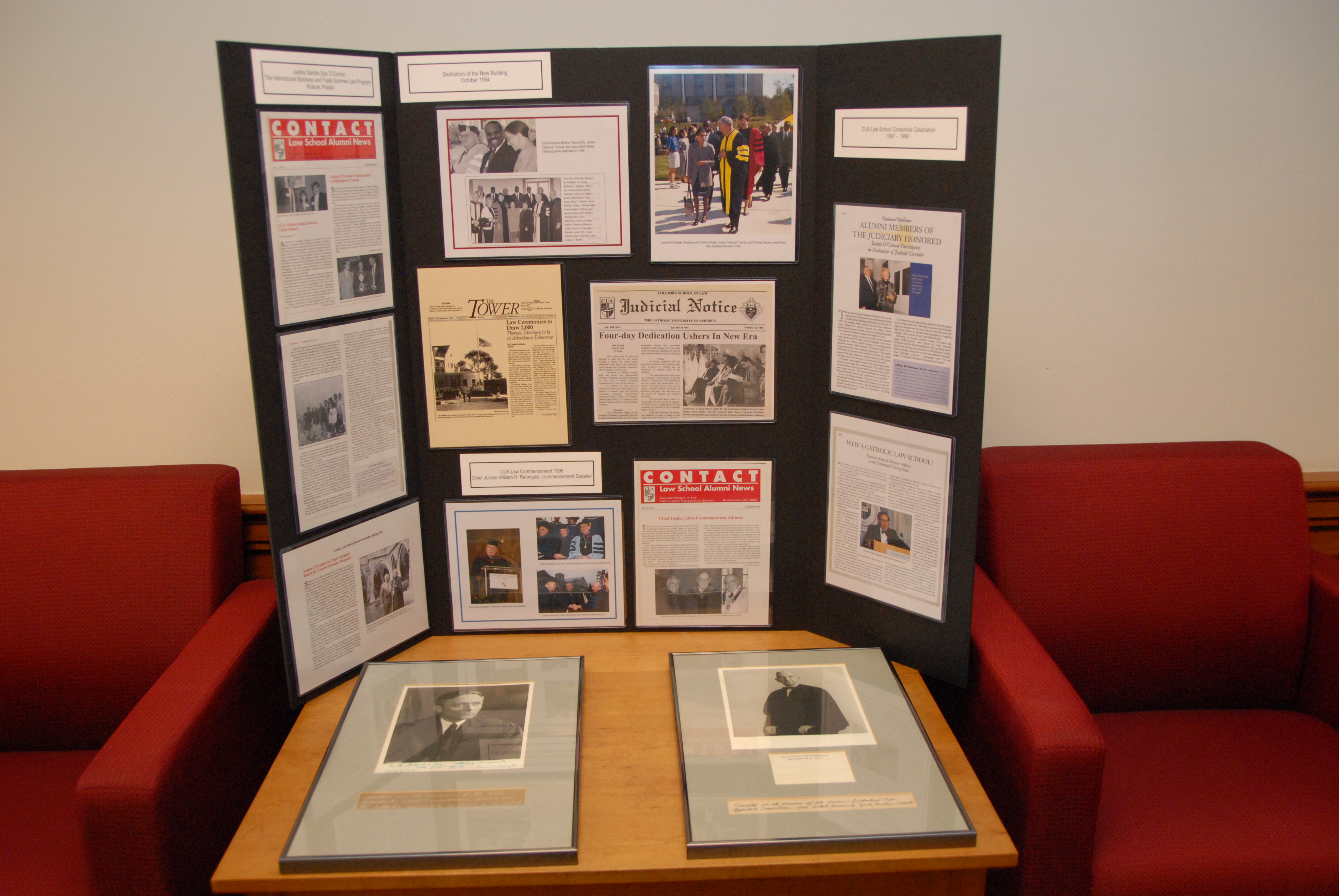 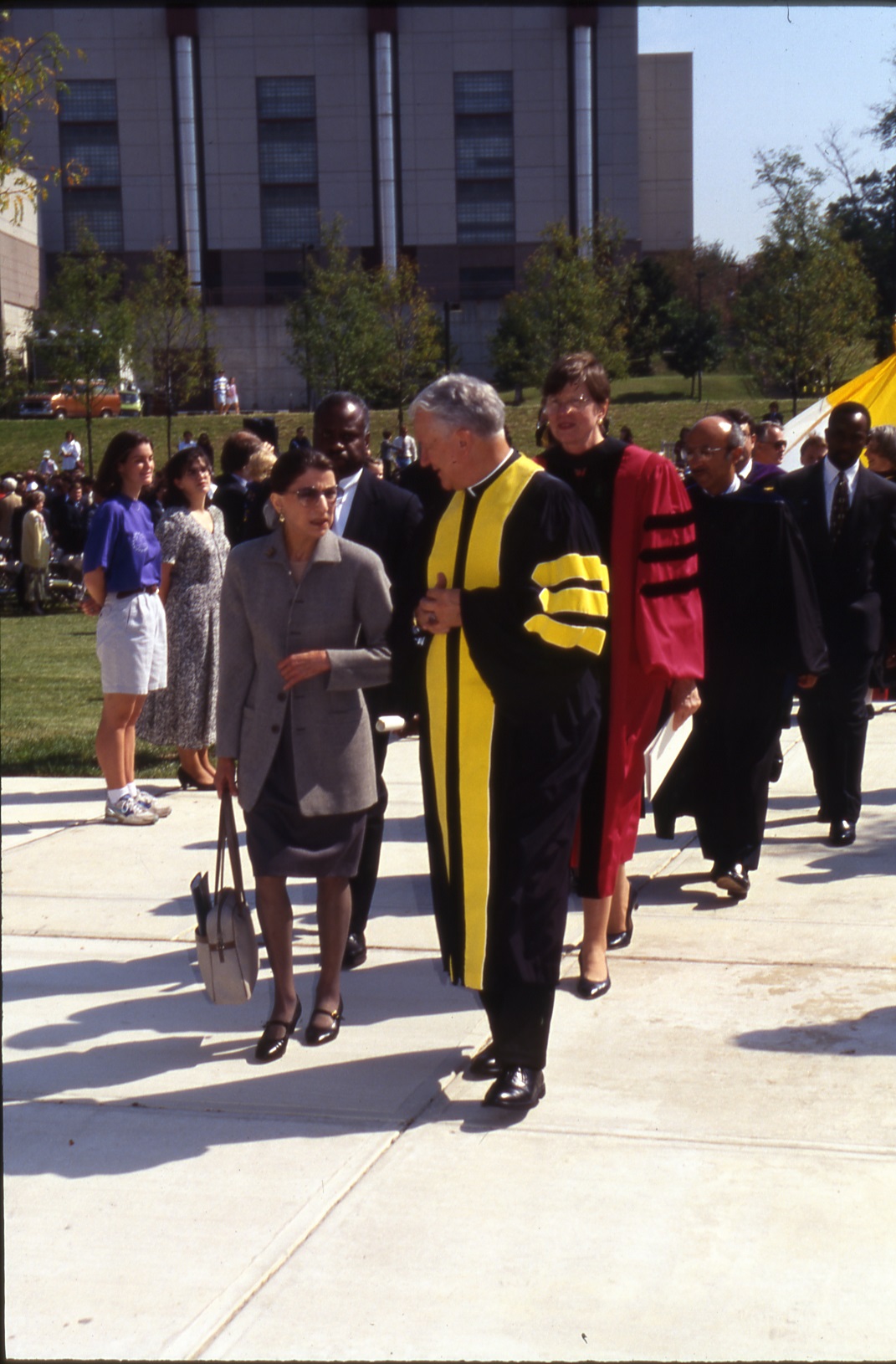 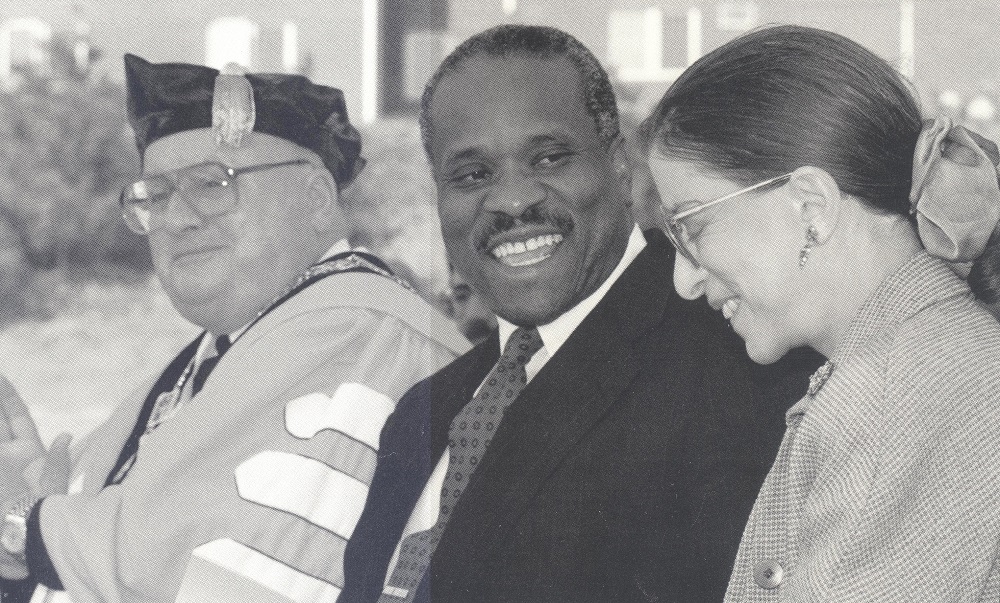 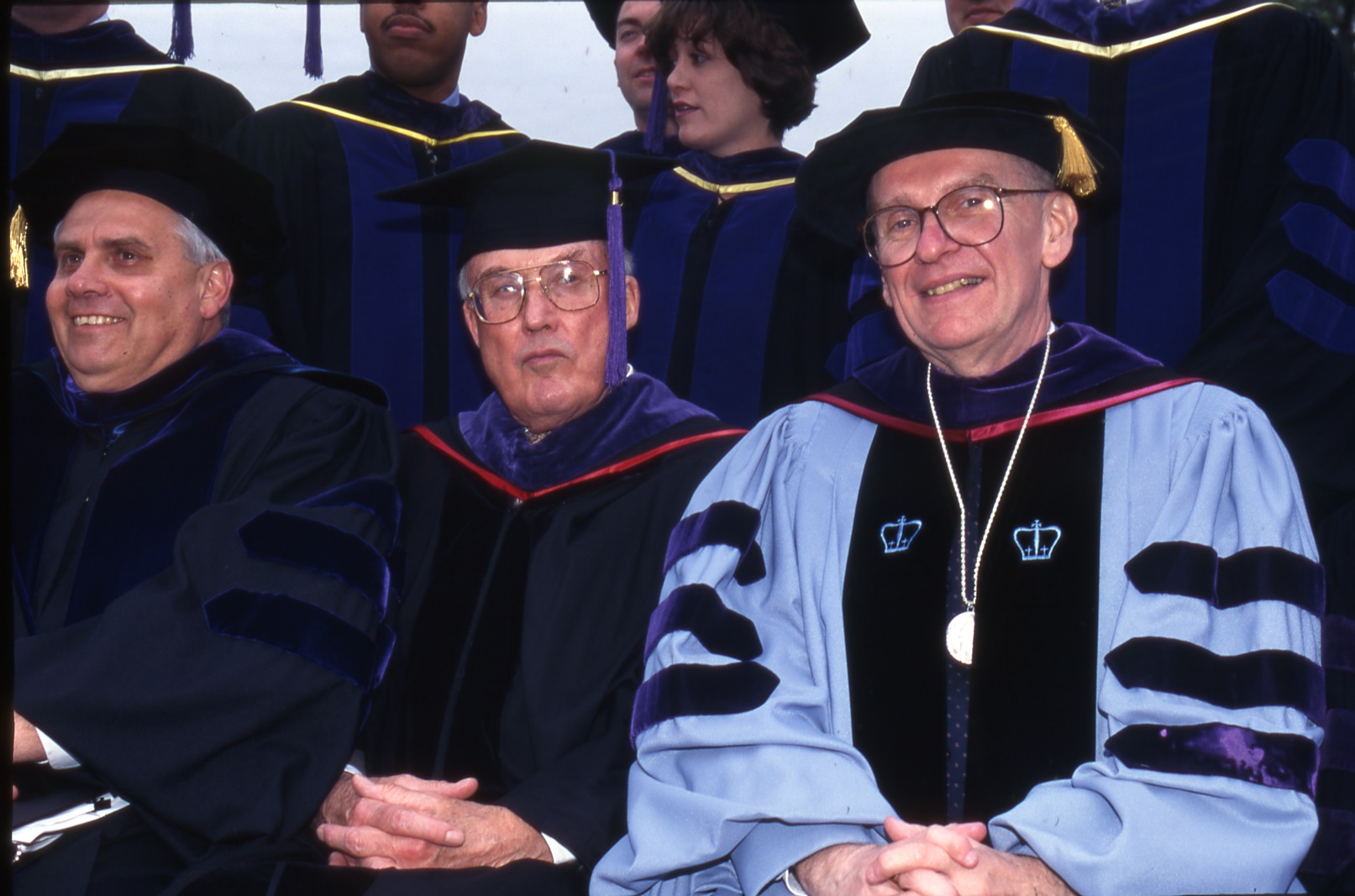 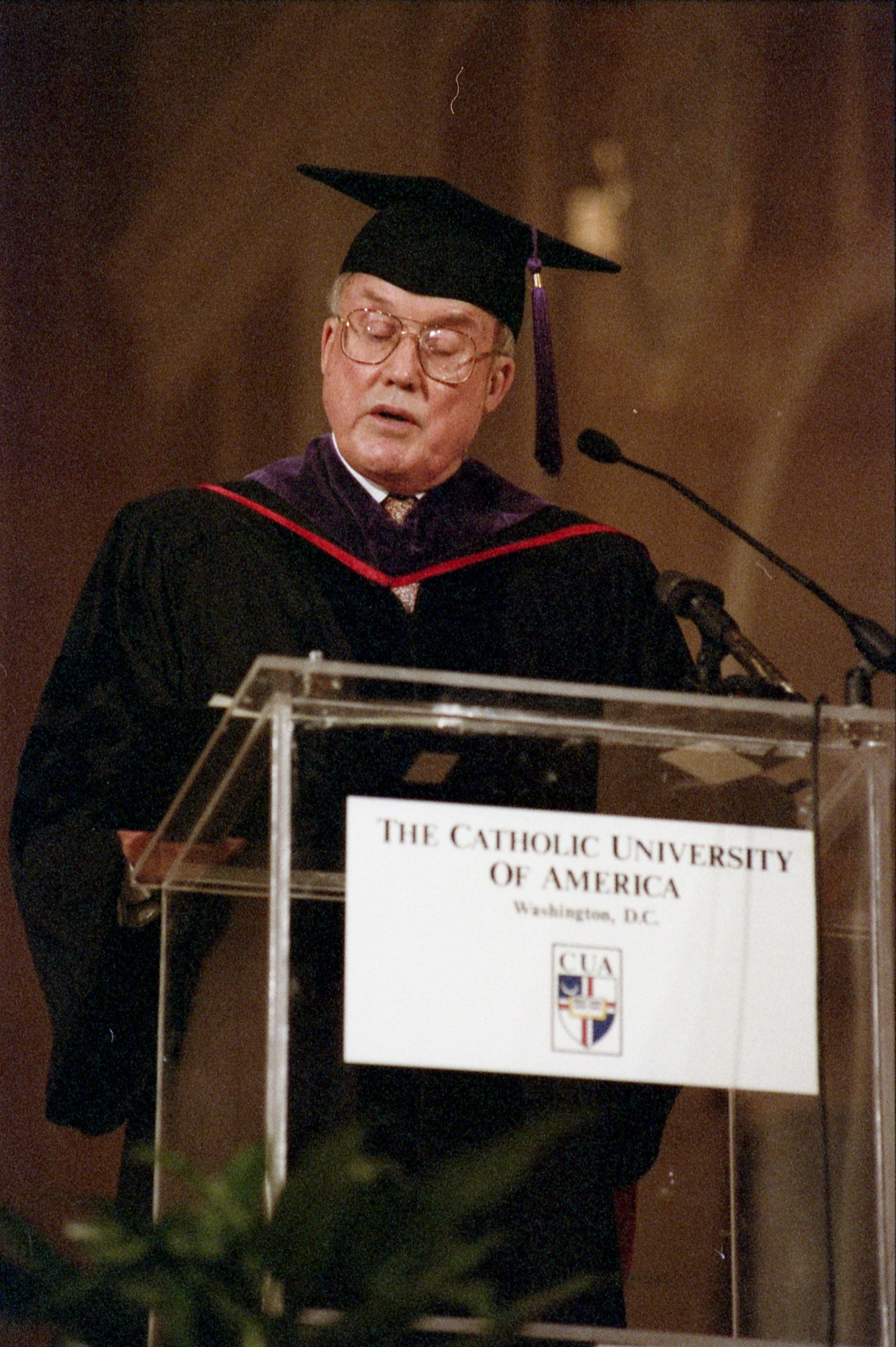 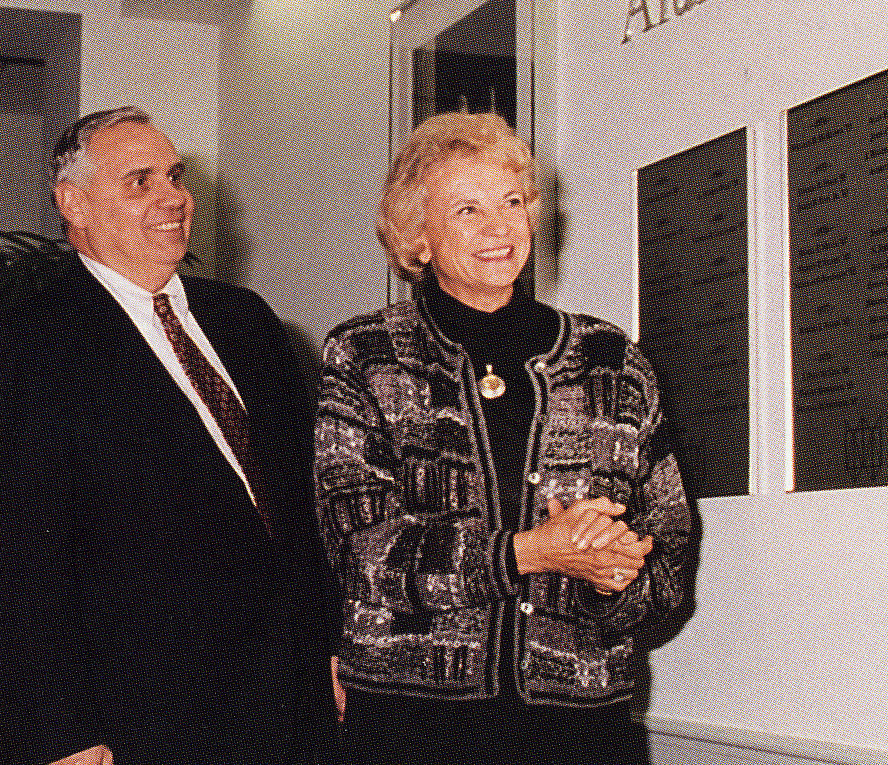 Dean Dobranski and Justice Sandra Day O'Connor at the dedication of the law school's Judicial Corridor in 1998. 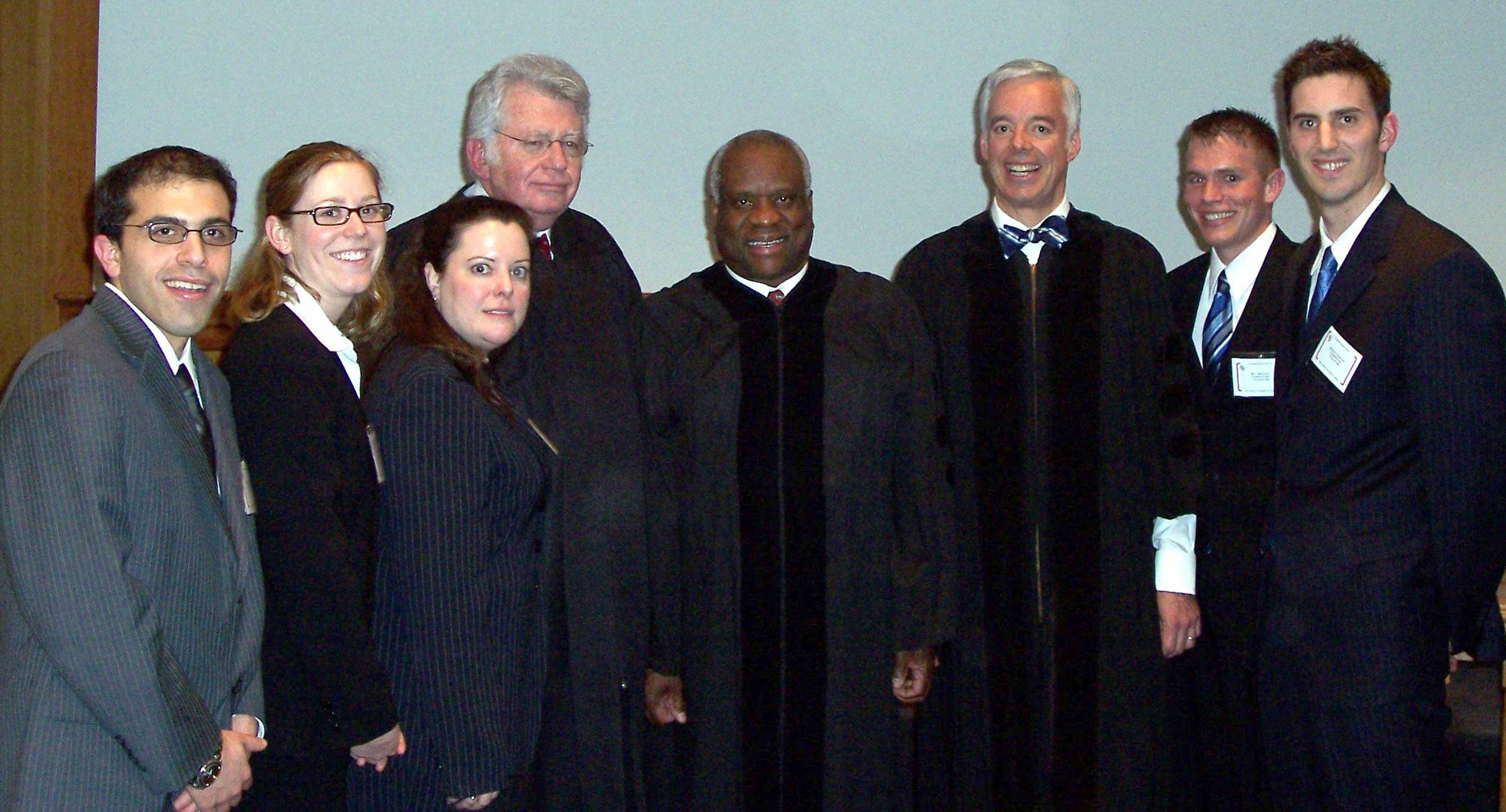 Justice Clarence Thomas at the judging of the law school's moot court Sutherland Cup competition in 2006. 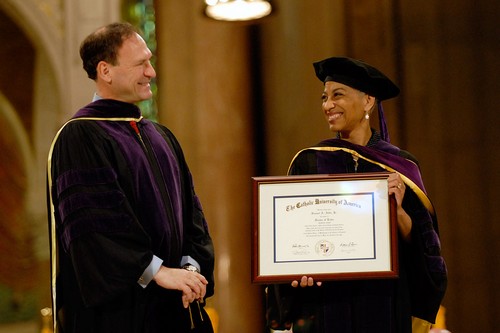 Justice Samuel A. Alito with Dean Veryl Miles at the law school's commencement in 2008. 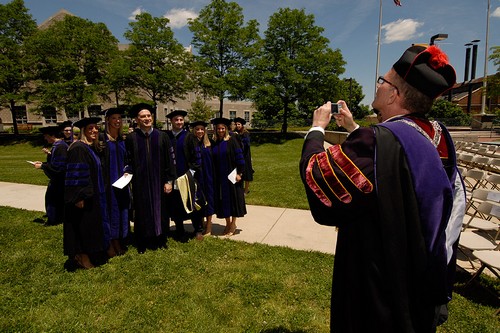 CUA President Father David M. O’Connell taking a photo of students with Justice Samuel A. Alito at the law school's commencement in 2008. 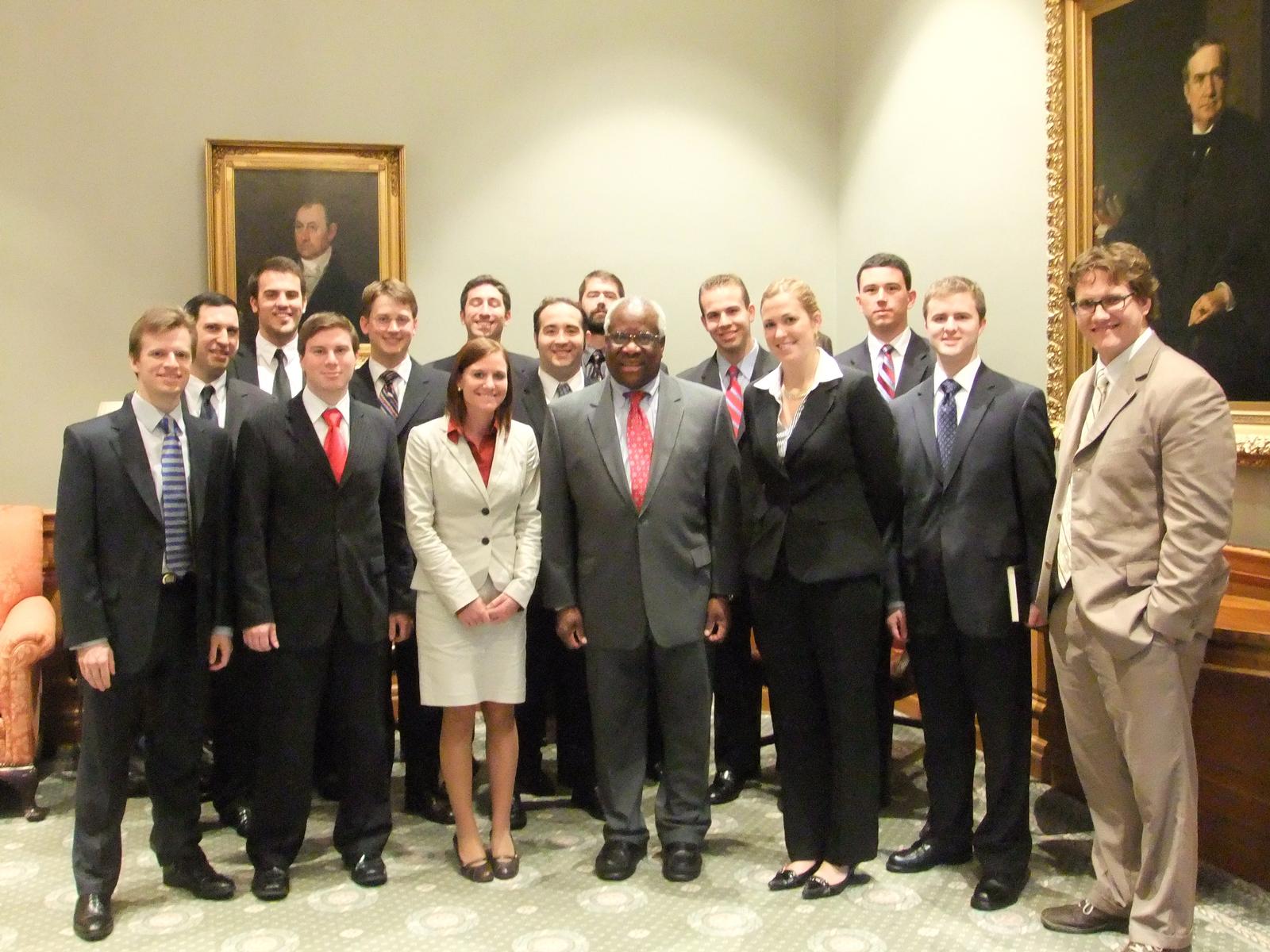 Justice Clarence Thomas with members of the law school's Federalist Society in 2010. 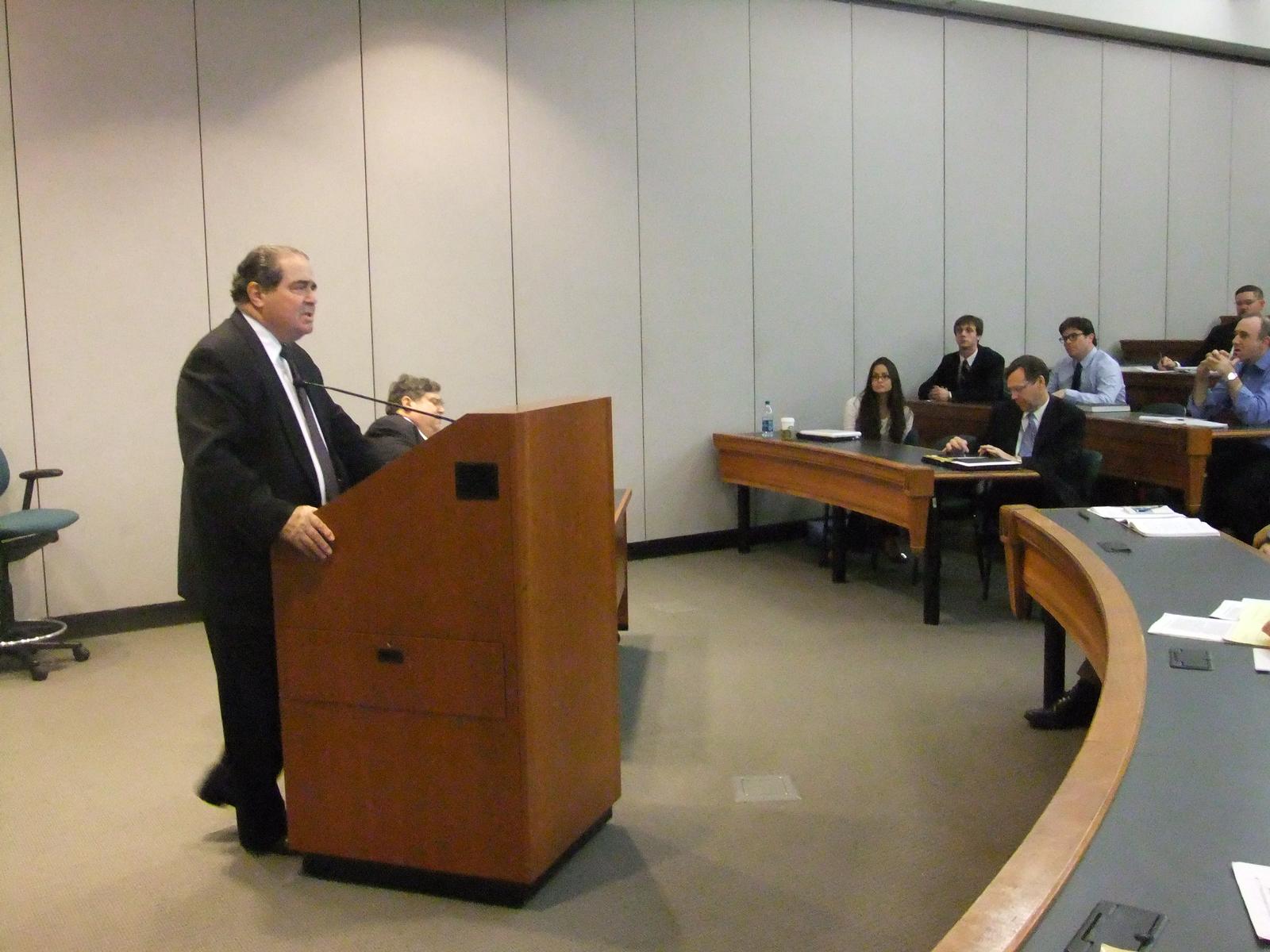